Fromto: Toy Cars in Hell is a quirky, fast paced smash em up (it’ll catch on) that can be played either in Single player mode, or with up to 3 other players.

The aim of each track is to get to the goal, but it’s not a simple straight line; there’s platforming involved as well as other obstacles.

Added to this is a track editor, which may have up to 60 million possible variations with the parts that are available. This is a game that doesn’t take itself seriously, which is a refreshing change of pace to be honest. In a world where we’re seeing AAA games not even being able to start up properly without crashing, it’s great to see an indie developer get a bonkers concept so right.

The Steam store page is a pretty interesting read as well, and it’s good to see the humour of the developer coming across on the sales page. Expect a preview of how the current build holds up, soon. 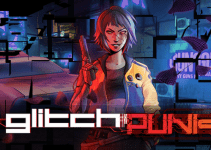