The critically acclaimed Truck Driver, previously released on other consoles is coming to Nintendo Switch.

A release date hasn’t been set yet, but it’ll have the same great features seen on the PS4 and Xbox One. In addition to this, the game will also be making use of HD Rumble. This is a nice addition to the game, especially when not many developers (Nintendo included) seen to be using this feature.

Check out the quick video below.

I’ll be sharing more news when it hits, as well as a review upon the games release. 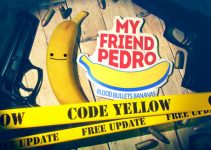