The stellar XIII which was released back in 2004 is seeing a re-release. The game at the time was praised for it’s stunning art style as well as it’s immersive gameplay. As an added bonus, it also had a really great story attached to it as well.

It was originally released on the Gamecube, Playstation 2, Xbox and PC. This time around though, it’ll see a release on current gen systems and PC instead. In a nice twist, it will also see a release on Nintendo Switch.

Unfortunately though, the game will not be released this November as previously intended. Instead, the release date has been pushed back to 2020, although it has not yet been revealed when exactly it’ll be.

The reason for the delay is to ensure that the game is polished as possible, which has came direct from Microids who are making the remake. In all honesty, I’m actually glad that they’re pushing it back, rather than releasing a subpar game. It’s a refreshing change that a developer is taking this step.

The original trailer can be found below 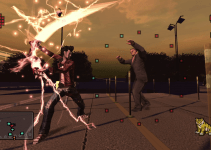